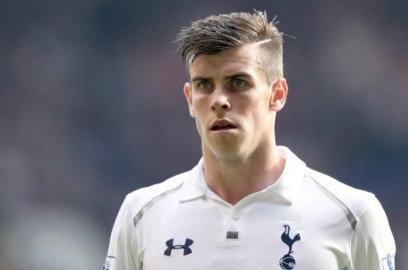 Nowadays, the level of football has risen a lot as there are more and more players who approach their careers very professionally and even obsessively doing everything they can to succeed!

More and more often, in order to stand out at tests or matches under the supervision of scouts, it is not enough to have very good technical and tactical preparation as well as good physical preparation.

In one of the interviews Scout Southampton
that is, a team known to be highly effective in finding talented players, such as Gareth Bale and Luke Shaw, said that it is the key  element of predicting the opponent's behavior and speed of decision making that very often determines the transfer to the team or admission to their academy.

So what should the player do to improve this element of the game?

Above all, watch the game of the best players in the world and try to catch the most common behaviors!

When your team is on the defensive, regardless of their position, ask yourself the following questions and try to predict your opponent's actions

1) In which zone will the opponent want to play the ball now when he attacks us?
2) How will the attacking player try to outplay me?

3) Is my position against my opponent good enough to deal with the threat in my zone?

One of the outstanding players in this element was Paolo Malidini.
When you watched this player, you had the feeling that he knew beforehand what his opponent would do!

When it comes to attacking, you also have to anticipate your opponent's mistakes and how he will want to stop you.
You have to learn when it is worth pressing a defender with pressure and when you need to let go.
How to position yourself in the penalty area so that the ball reaches you!

Ruud van Nistelrooy was the perfect example of a striker who anticipated a few steps ahead and was always where the ball fell.

Remember, however, that such behavior appears in the player along with the experience gained during many years of the game, however, keep working on this aspect and it may be crucial for you in finding your dream team.

Moreover, a training game is a good form of training for this element.

Therefore, if you devote time to individual training, play as many matches as possible because it is a very effective and underestimated form of training!

If you are a gamer who uses our training tips on a regular basis, focus on the key aspects we point out and add videos regularly to show your talent to agencies or clubs, be persistent in this and remember that nothing of great value happens immediately and after each training session you can know that you are one step closer to your goal!