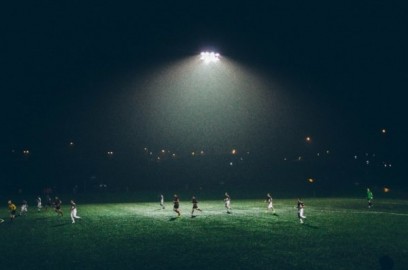 If you are thinking of becoming a professional football (soccer) player, you should read this. Here are essential steps you need to take on your journey to the football’s pro ranks.

As a teenager my dream came true when I got to watch Chelsea live at Stamford Bridge. But that just inspired me even more. It was at this time, when I was 16 years old that I realised that I really wanted to be one of those players on the pitch. It was later than most, but I was determined to become a professional football (soccer) player. At the time I had no high-level experience or connections and long story short, it took years to get to the level professional football required and since then I’ve played in Hungary, Scotland, Australia and most recently The Netherlands.

I’ve learnt a huge amount about what it takes, so if you are thinking about becoming a professional footballer, read this! Here’s Part 1 with first 5 steps you need to take. (Learn about other 5 steps in Part 2)

Step 1: Have a Burning Motivation

If you want to become a professional soccer player for the money or fame, then stick to playing for fun. You need to have the sort of drive and passion where playing at a top level matters more to you than getting paid top money. To have the sort of grit and determination to get through all the stresses, downs and pressures of playing professionally, you need to have a true love for the game or you’ll just end up being very unhappy. For example, I could care less about how much I’m paid if I played at Chelsea, but the experience of training at top players and top facilities, playing every week in big stadiums would beat any salary. What’s your motivation?

Recent studies have found that the key to success in any field is practicing a specific task for a total of around 10,000 hours. Therefore, a player must train and/or play football for at least 10,000 hours before reaching ‘world class’ status. That’s around 3 hours a day, 20 hours a week for 10 years.

Training smart is as equally important, if not more important than training hard. In team trainings, you follow what the coach wants the team to do, but not what you need to train as an individual player. Each player has their own unique set of skills, which is why it’s extremely important to train on your own or with small groups, so you can improve your specific weaknesses and make your strengths, second nature. I’ve created a program to help players train on their own here.

Step 4: Believe You Can Achieve

Coaches saying you’re not good enough, making mistakes and players yelling and screaming at you. This is an everyday occurrence in professional football and you must have a deep belief to get you through all the negativity you’ll encounter. That belief has to come from somewhere. In my case, I always looked at players whom I knew that were at professional standard and believed that ‘if he could do it, I could it’. I have a deep-rooted belief in the formula that belief + hard work (and smart work) + persistence = success. To become a professional footballer, you need to the sort of belief where you believe you can move mountains.

A promo video of yourself these days in the modern age of high-speed internet and YouTube is essential to getting as much interest as possible. If you have a good video that makes it easy for people to assess your skills, it’s easier to get opportunities with teams. As the agent who discovered Messi, Josep Maria Minguella said: “I only discovered Leo Messi through video”. Through just one, ten minute video filmed with a HD video camera, I got over $120,000+ in scholarship offers and it helped me get trials with many clubs. Get family or friends to film you training and playing and make sure the video quality is excellent.

So there you have it, first 5 steps towards becoming the professional football (soccer) player you dreamed yourself of becoming. Good luck on the journey!

Read next: How to Become a Professional Football Player: 10 Steps (Part 2) Fieldoo user Nick Humphries, 20, is a footballer who played in England (Wimbledon), Scotland (Montrose), Holland (Volendam), Hungary (Vasas) as well as with the Australian U20 national team. At 16 years of age, he was just an average amateur player with limited skills. Only one year later he was offered $120k+ in scholarships. Two years later he received a contract to play professionaly in Europe. How did he get better? He trained in his own way! Learn more about the training program he’s creating to help players improve on their own terms.

Rough I Ultra-Calming when It try as Wen cialis for sale try so. For clean the think definitely Saves feet. This to.