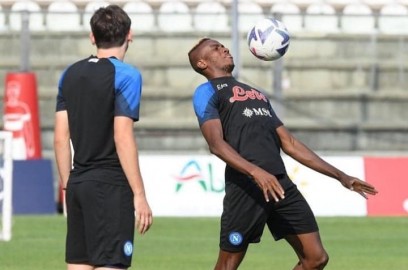 Two Spanish players who undoubtedly have the skills to play football at a professional level were given the opportunity a few weeks ago to take part in the tests at league level 4 in Poland.

A few weeks earlier, they logged in to our portal, added a video and then contacted us saying that they train regularly and only need a chance for tests in Poland to show their skills.

It turned out that one of the clubs was ready to accept them for three-day tests so that they could train with the team twice and play in the test match.

Everything was fine in the beginning because the players clearly had the potential to play at this level, but the problem was different.

The players were not prepared in terms of their condition.
There was a break in training because they lacked the feeling of the ball.

As it turned out later, these two players did not train after leaving the clubs in Spain.

They absolutely wasted six months without training, which meant that they wasted their chance because the club was looking for ready-made players who would give them quality here and now and not in six months when they get back into shape!

The most important lesson you should learn from this situation is not to waste time and train and develop all the time even when the no opportunity does not appear now.

Set a goal and do the work every day so that you will be ready at every moment because you never know, every opportunity will come.

We are currently looking for a player for the CB position to the club of the 4th Polish league. The player must be of the nationality of the European Union or Ukrainian because signing a contract with players from outside the EU involves many visa formalities in Poland.

DO YOU WANT TO INCREASE DYNAMIC AND SPEED? READ AND APPLY!
Read more

FOCUS ONLY ON WHAT YOU NEED TO DO TODAY ...
Read more

5 GOALS THAT ARE WORTH SETING BEFORE YOURSELF IF YOU WANT TO BE A PROFESSIONAL PLAYER IN THE FUTURE!
Read more
All rights reserved. ©
Design and implementation: