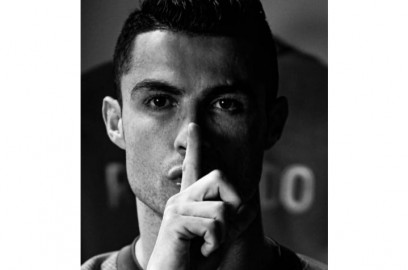 Once, in one of the TV interviews, Cristiano Ronaldo said that he had always felt different from everyone else!

He felt that his desire to become a professional footballer was much greater than that of his colleagues with whom he played football.

When he said openly that he would definitely be a professional footballer, most did not believe it and treated him like a misfit who just talks a lot.

When he later said he wanted to be the best in the world, he was mocked.

At first he was very angry when he was treated like a misfit and tried to hide from it, but at one point he realized that if he wanted to be the best, he just couldn't blend in with the crowd and be like the majority.
It has to stand out!

That's why he just did his job and didn't pay attention to others.

When his concentration and hard work allowed him to reach a level completely unattainable for his friends, most of those who had laughed at him some time ago began to admire and support him!

And today, as he says himself, all those who mocked him then ask him for an autograph and the opportunity to take a photo with him!

He says today that the most important thing at that time was that he had the courage to talk openly about big dreams and to think differently from most of the people he grew up among!

Another factor that allowed him to reach such a high level was that regardless of who he played matches with, whether he was already training in the CD Sporting academy or on the streets, he always wanted to win and be perfect!
He never did anything disrespectfully and always 100 percent!

Do you have the courage to stand out and be different from everyone else?

Are you ready to endure people's mockery when you dare to train every day, not only in the club but also individually?
Can you bear it when they laugh at you that you record videos of training and matches and then show them on the Internet on the FTT portal and then share this content in your own social media on Facebook, Instagram, etc.?

Will you still believe that you can be the best despite the mockery?

If you try and it turns out that you will survive these difficult moments and move on, I am convinced that your success is only a matter of time!

Even if it is extremely difficult at the beginning and the conditions for development are almost zero, you cannot give up, because at the end, only your skills count for clubs and talent scouts, so focus on the game and training and when you are ready, portal will  help you.

If you are like Cristiano Ronaldo and they make fun of you because you have big dreams, write about it in the comment. Also,LIKE and  share THIS post so that everyone can see that you are not the only one who believes in yourself despite the difficult beginning of your career!