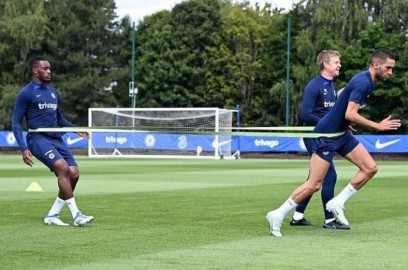 Many of you write to us that you come from a poor family and you have to fight the lack of money on a daily basis, which, in your opinion, prevents your football development and is an insurmountable problem.

But think about it a little differently!
In every family that achieved some success or fortune, there was the first member who dared to try to turn poverty into wealth and achieve something great!

In the beginning, every success always begins with great dreams and plans that are formed in the mind of a person who could no longer bear poverty and the constant lack of money.

Such a person usually always decides that he will work more, harder and wiser to be successful, and it is poverty and any scarcity that has always been the greatest motivation for perseverance!

What if in your family you and your football talent are the only chance to change your life for the better for your mom, dad, siblings, or maybe your wife and children?
What if it turns out that these difficult times and poverty were supposed to motivate you to work but You  instead of focusing on training, you focused on complaining and looking for excuses?

You probably know a footballer like Hakim Ziyech.
Ziyech was also born into a very poor family whose only source of income was his father's work.

Hakim had always had great talent, but he was not hardworking and was constantly causing trouble.

When Haki was 10, his father died.
Mum couldn't cope with the children Hakim's brothers were imprisoned and Hakim was even more poor, got into fights and had alcohol excesses.

The lack of money and the problems with the children brought the mother to the brink of a nervous breakdown.

Hakim was neglecting training and school at the time.
Azziz talking to Hakim said the words that would forever change Hakim

Only you and your football talent are the only chance that your family will ever have a beautiful life.

If you do not train hard and fight for career development, you will disappoint not only yourself but your whole family!

Then Hakim changed beyond recognition because although his character was still difficult, he trained as hard as no one else.

It paid off because it was Hakim who, without anyone's help, became the one who changed the fate of his family.

Remember that you can do it too!

If the article is valuable to you and you want to tell about this, write a comment and share and like this post  and then think about whether you do everything every day so as not to waste your talent!

DO YOU WANT TO INCREASE DYNAMIC AND SPEED? READ AND APPLY!
Read more

FOCUS ONLY ON WHAT YOU NEED TO DO TODAY ...
Read more

5 GOALS THAT ARE WORTH SETING BEFORE YOURSELF IF YOU WANT TO BE A PROFESSIONAL PLAYER IN THE FUTURE!
Read more
All rights reserved. ©
Design and implementation: